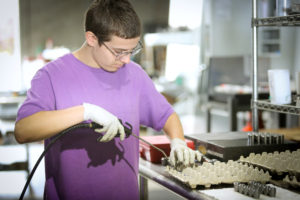 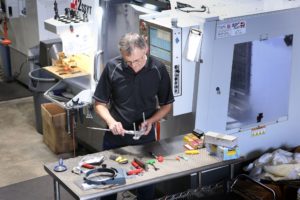 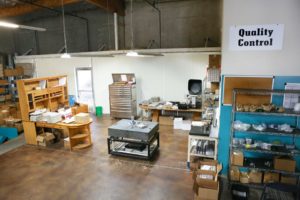 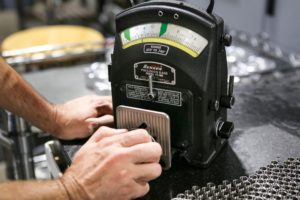 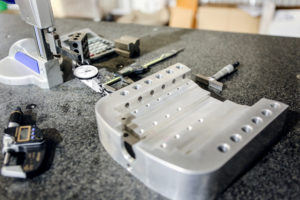 Even Andy’s parents did not know he was leaving. But Andy’s drive and determination pulled him to leave Poland at age 18 to begin a new life in America. His first stop after fleeing communist Poland was a refugee camp in Vienna, Austria where he spent three months before he was granted passage to the US, landing in New Britain, CT.

Although he did not speak English, he did have a trade. He had begun learning and working as a machinist at 16 and that skill enabled him to find his first job in the U.S.

Within a year, Andy had saved up enough money to buy a car and like so many emigrants before him, he headed West not stopping till he hit Santa Monica Beach-literally! As he put it, “Everybody wants to go to California.”

Persistence and a series of odd jobs eventually led to a job as a machinist for an aerospace company at LAX, now owned by Honeywell. His supervisor, also a Polish emigrant, took Andy under his wing and give him opportunities to learn.

“I wanted to learn. I was always asking questions. Wanting to understand how everything worked. I was working manual machines but I saw people being trained on CNC machines so I went to my boss and said that I want to learn too. The next day I was on the CNC. I’ve loved it ever since.”

Eager to challenge himself, Andy pushed to learn every aspect of machining from big to small but has a special affection for the bigger CNC machines using more challenging, complicated parts. After 10 years and growing levels of responsibility at his first company, Andy moved to a company in Corona, CA. where his experience, passion and drive for excellence in machining quickly gained him the position of shop supervisor.

A New City. A New Business

AB CNC – A resume posted on the Monster.com job site led to an opportunity in Sacramento. After working for that company for a couple of years, Andy knew he had to make a change. That change was to start his own machine shop.

In 2006 AB CNC Consulting opened its doors with Andy and one machine, expanding through the Great Recession. Today, Andy and his partner Jen, operate AB CNC, Inc., a growing machine shop in Rocklin, CA.

“Our focus is simple: customers come first. Deliver a quality part and let the work speak for itself.”